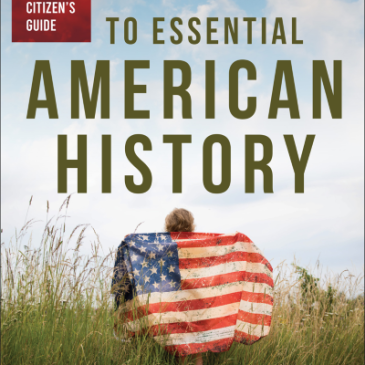 Many people have seen the movie Star Wars, and all its spin off projects. Writers have taken great interest in the origins of the Star Wars story outside of the movie script written by George Lucus. Lucus credited another writer, Joseph Campbell, with providing inspiration for the Star Wars story with his book Hero With A Thousand Faces. Campbell asserted that hero stories had common characteristics, including the monomyth, here stated:

A hero ventures forth from the world of common day into a region of supernatural wonder: fabulous forces are there encountered and a decisive victory is won: the hero comes back from this mysterious adventure with the power to bestow boons on his fellow man.

A nation is nothing but a collection of individuals in a certain time and place, and those individuals do things that make up a culture. Those individual people can hold in their heads the idea of themselves as heroes, on a journey bringing new powers back to bestow on the people. Or, those individuals can hold the idea that the nation is villainous, and that they collectively have maintained a sort of supernatural evil. Such people will, in time, disband the nation.

In the United States, these two perspectives, one a heroic narrative of the nation and another a tale of historic villainy, are competing for dominance. The heroic narrative holds that the nation began with the universal truth that as far as the governance of the earth should be concerned, that ‘all men are created equal’ and that the history of the country since July 4, 1776 when that statement was published was about making that assertion a governing reality in the face of many obstacles. The narrative of villainy holds that the men who wrote those lines in July 1776 only meant to establish equality amongst themselves and the country since then has been about maintaining the power of white men over everyone else.

For them, this book was written. It is a short, concise history of the United States from the arrival of Europeans to the Western Hemisphere in 1492 through to 2016. It is a ‘consensus history’ of the country that deals in the well-established facts of the American past. It is, by design, short and lines up the historical eras in chronological order.

It is for sale on Amazon here.

On Barnes and Noble site here.

The man who does not read has no advantage over the man who cannot read.